Yvon Chouinard, founder of the outdoor clothing company Patagonia, legendary mountaineer, conservationist, and steelheader once said “science without activism is dead science.” That could have made a pretty darned good motto for The Osprey. With this edition, we celebrate our 100th issue of bringing vital information about dwindling populations of wild Pacific salmon and steelhead in service of their recovery and conservation.

While we cover a broad range of subjects, including wild fish policy and management plan analysis, opinion, news and even legal matters, our core focus has always been to bring the latest, cutting-edge wild fish science forward, to inform our audience of fish researchers and managers, professional conservationists, angler activists, and everyone else who cares about the future of wild salmon and steelhead. 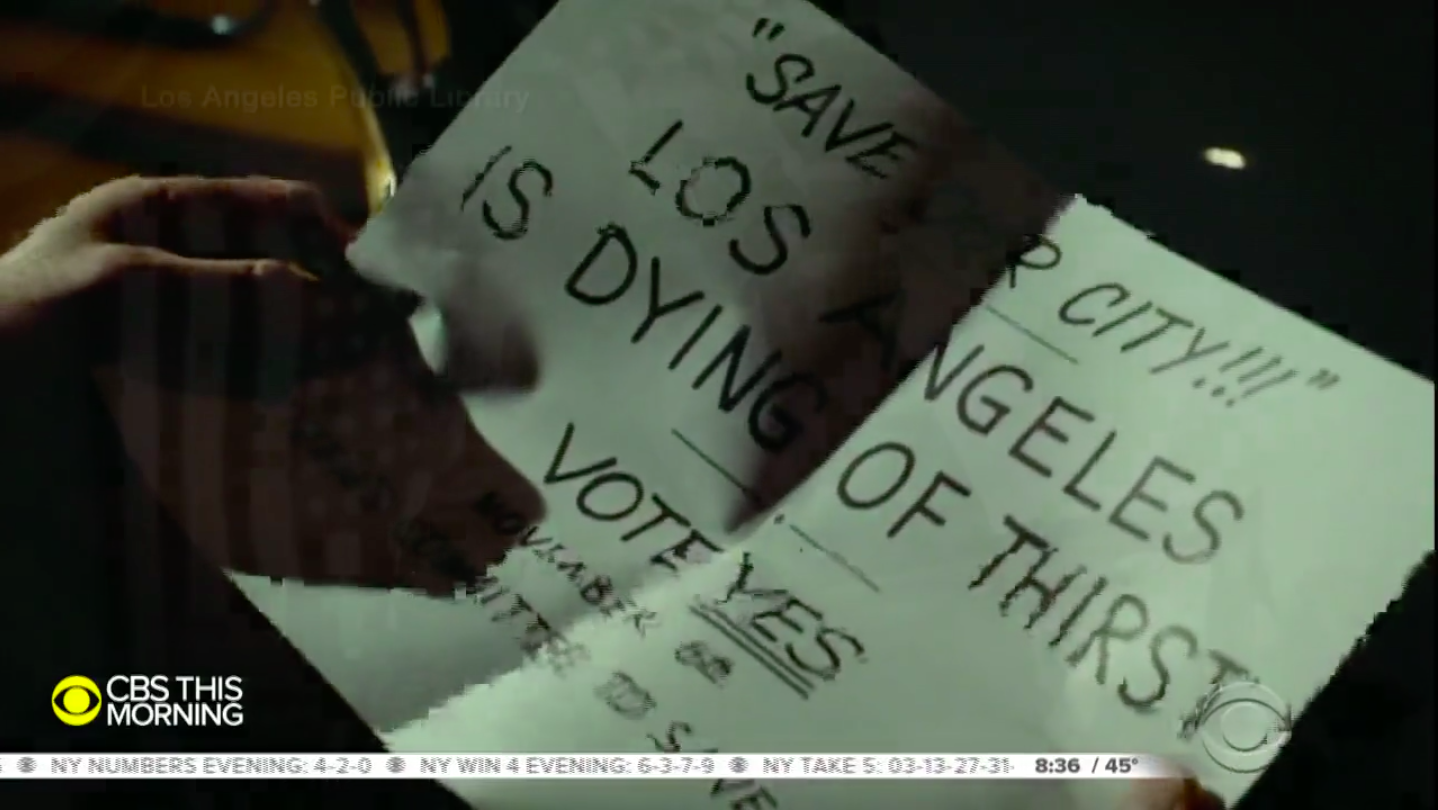 Update: On March 1, the Los Angeles City Council voted unanimously that bigger L.A. restaurants cannot offer or provide disposable plastic straws to customers who are dining in or taking food to go unless customers request them, according to the Los Angeles Times. The law goes into effect on Earth Day, April 22.

The Berkeley, California, City Council just passed an ordinance to require restaurants charge an additional 25 cents for disposable cups by January, 2020, as part of a sweeping Single Use Disposable Foodware and Litter Reduction Ordinance. Opponents wonder if take-out coffee customers might wait to buy their to-go java in neighboring Oakland.

Meanwhile, Adidas’s CEO says the company sold 1 million shoes last year made from harvested ocean plastics. Making the shoes involved 3D printing technology, as well as a partnership with Parley for the Oceans.

And, note the graph here that shows the Top 20 countries with mismanaged plastic waste. No.1 is China; No. 20 is the United States.

“Removing plastics from the ocean is not enough. We need to get at the whole idea of disposability and single-use items,” says Tom Szaky, CEO of the Trenton, New Jersey-based international recycling company TerraCycle, which is behind Loop. “We’re going back to the milkman model of the 1950s. You buy the milk but the milk company owns the bottle, which you leave in the milk box to be picked up when you’re done with it.”

Jim Yuskavitch here, editor of “The Osprey,” a non-profit science and policy journal that has been advocating for wild salmon and steelhead since 1987.

We recently partnered with The Conservation Angler, Fly Fishers International, Wild Steelhead Coalition, Trout Unlimited, World Salmon Forum, Skeena Wild and Steelhead Society of BC to boost our wild salmon and steelhead advocacy efforts. We’ve added pages and content, and upgraded print quality of the hardcopy edition. Now we’re looking to increase our subscriber base along with our influence on wild salmon and steelhead conservation policies.

“The Osprey” is published in January, May and September, and subscribers may receive it electronically or as a hardcopy in the mail. In addition to receiving “The Osprey” with its articles on the latest wild fish science, policy and issues, the funds received also allow “The Osprey” to be sent to wild-fish conservation decision-makers, such as scientists, fisheries managers, politicians and professional conservationists — a key part of its advocacy strategy.

“The Osprey” is funded by individual subscriptions and donations. Subscriptions start at $15 with the opportunity to donate more. Anyone interested in subscribing to “The Osprey” and helping to support wild salmon and steelhead conservation can download the current issue and donate here

In 2012, “The Osprey” received the Haig-Brown Award for excellence in fisheries conservation journalism.

UPDATE: Jan. 8: San Diego banned Styrofoam, making it the largest California city to do so.

Imperial Beach joined two other San Diego County cities in banning
polystyrene food and beverage containers, according to the San Diego Union-Tribune. Styrofoam isn’t quite the poster child of the no-plastic movement — that would be straws — but the stuff is everywhere, in clam-shell take-out food containers, disposable cups, disposable lids, even in packaging using the adorable moniker “peanuts.” (Also, check out this gripping video about making a living selling Styrofoam boxes. It’s off-topic, but incredible.)

In this fascinating read, I found out how San Pedro La Laguna in Guatemala banned both Styrofoam and single-use plastic straws to protect its most valuable natural resource, Lake Atitlan. Tourism was up 40 percent last year, as managers of the small city of 13,000 went house to house to convince people to give up their plastics.

We need more hopeful stories such as this one, especially after the 2,000-foot boom created by young Dutch entrepreneur Boyan Slat to clean up the parts of the Great Pacific Garbage Patch failed last month and is getting towed back to San Francisco for repairs. “60 Minutes” ran an interesting segment on the project and what Slat hopes to accomplish as we literally drown the world in our garbage. We need both legislation and technology to pull us back from the plastic-wrap brink.

Another hopeful story comes from Traverse City, Michigan. This summer, my son and I were fly fishing the fabulous Au Sable, a few hours north and inland. When we got to The Village, a collection of shops, we were dying for a cup of great brew. My son ordered it “to go,” and the barista handed him a ceramic cup. Bewildered, Will said he wanted the brew to go, to which the guy replied, “that’s OK, we only serve coffee in ceramic cups. Bring one back next time you’re in town.” The cups are all donated by customers. Let me ask you, how many cups do you have in your cupboard right now that you never use and could donate to a great cause? Starbucks, where are you in this debate?

More than 1,000 fish, mostly mullets, were discovered last week floating dead in Malibu Lagoon, according to the Los Angeles Times.

Fish die-offs have been widely reported this summer in Florida and the Gulf Coast due to a persistent red algae bloom. Our own die-off in Malibu Lagoon occurred because of  high-than-average water temperatures, at least that’s the suspicion of state park scientists.

Scientists also blame hotter-than-average ocean temperatures for the Southland’s muggy conditions this summer. Temperatures have been recorded around 80 degrees F.

Why should we all speak up to restore our river’s natural habitat in the face of redevelopment plans that put everything but the endangered southern steelhead  first?

Perhaps, because of the recent shrinkage of two treasured national monuments, despite an outcry by millions of concerned outdoorsmen (and women). For an eye-opening read, check out What Would Theodore Roosevelt Do?

Perhaps, because of goverment-mandated cutting of the two most important words of this century — “climate change” — from documents produced by the beleaguered Environmental Protection Agency and other federal authorities.

Perhaps, because of the devastating climate-fueled conflagration we all recently witnessed here in our own city, to our north, to our south and to thousands of acres all over California.

Or, perhaps, because it is simply the right thing to do.

When does the misuse of what we’ve been freely given end? A former wild river now encased in concrete is as good a place as any to take a stand. Today, when I wade the soft-bottomed sections that remain, fly rod in hand, birds overhead, I feel that fragile sense of hope return. Hope begins as a small thing, like a faint cry you can’t quite make out. But, given time, and especially nurtured by like minds and hearts, it grows and spreads. Hope becomes a powerful force.

In these depressing times, we all need sources of inspiration to nurture that hope.

Consider the 1946 masterpiece, “A River Never Sleeps.” Its author Roderick Haig-Brown lays out his best-known book’s chapters by months. January is reserved for steelhead.

The English Haig-Brown included in this chapter drawn from his experiences in a logging camp in Mount Vernon, Washington, his praise for American openness to immigrants because we are a nation of immigrants:

“When I had been in camp only a week or two, a little old Irishman whom we called Frank Skagway showed me the strength and passion with which America grips her immigrants. In the bunkhouse one evening a few of us were talking of Europe and America and the differences of the life of the two continents.

Probably I said my say for Old England — I don’t remember now — but being only two or three months away from her, I must have. Frank had been listening without offering a word, but suddenly he looked over at me, his lined and long-jawed Irish face serious as I had never seen it.

‘No,’ I said doubtfully.