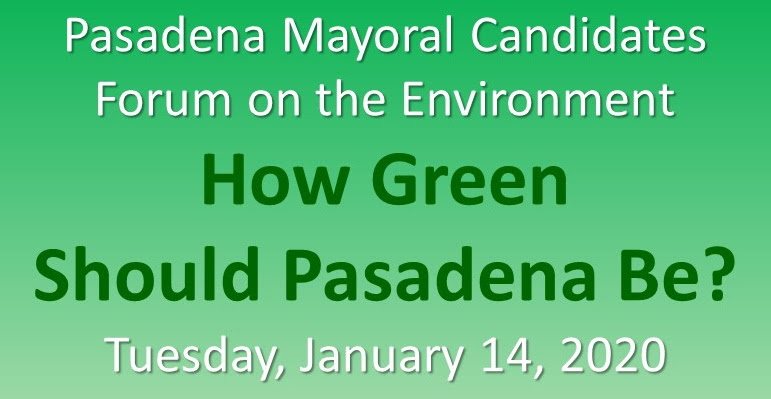 The Arroyo Seco Foundation will host the Pasadena Mayoral Candidates Forum on the Environment to be held in the Donald Wright Auditorium of the Pasadena Central Library, 285 E. Walnut St. in Pasadena on Tuesday, January 14, 2020 from 6:30 p.m.-8:30 p.m. The theme of the event will be “How Green Should Pasadena Be?” Topics to be covered will include climate change, the Arroyo Seco, trees and other issues of local concern.

The discussion is a timely event since the primary election for the Mayor’s race will be held on March 3, 2020.

“We are pleased that all four candidates have confirmed their participation,” said Tim Brick, Managing Director of the Arroyo Seco Foundation, “and look forward to a lively discussion of critical environmental concerns and solutions.”