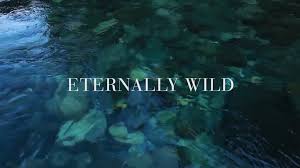 Join Craig Ballenger, California Trout Fly Fishing Ambassador, for an evening of fly fishing films, tales and discussion at the Pasadena Orvis Store, Thursday, Feb. 7, starting at 6 p.m. Entry is free. Craig will be showing a few of his outdoor film projects, “Eternally Wild” — an official selection of the Wild and Scenic Film Festival, in addition to two projects on the Pit River, and will hold a Q&A following the films. Come and see why Craig calls the Pit “the most adventurous trout stream in California.”
“Eternally Wild” is a film about the iconic Smith River, a salmon and steelhead stronghold, its history and its plight. The Smith is threatened by a proposed nickel mine that would sink 59 drill holes over 4,000 acres on the pristine North Fork of the Smith River. This would pave the way for one of the largest nickel mines in the Western United States.
As usual, pizza and beers on us. RSVP here!
See you on the river, Jim Burns