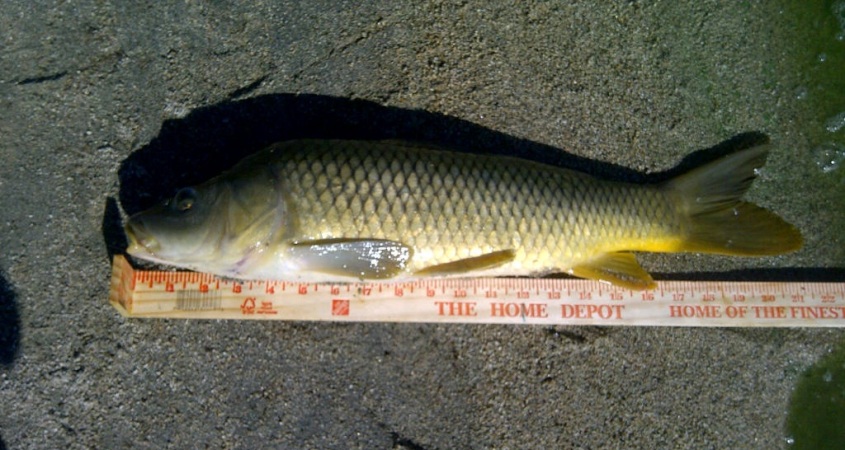 Does lightening strike twice? Well, for this year’s Carp Throwdown on Lake Henshaw in San Diego County over the weekend, it sure did.

Just like last year, David Wratchford once again captured the wading division with 97 points. And the boat team of Dustin Sargent and John Hendrickson snagged first place with 102 points.

The winners walked away with an Orvis H2 saltwater 6 weight and a Yeti cooler, respectively.

Wratchford also got the prize for “best trash fish,” which includes everything in the lake, excluding carp.When’s the last time you heard of a bass being considered as a trash fish? In Wratchford’s case, it was a catfish, and he won a Galvin T-5 reel for his efforts.

Everyone else, well, you can tell from these photographs, snapped by Bernard Yin, had the swag of enjoying this fab tournament.

If you can’t get enough, consider participating in the Carp-Ocalypse in Seattle, Aug. 10-11.